A private jet has been converted into an environmentally friendly and ultra-modern meeting space for the PYTCH live events and virtual studio company with discreet but powerful technology from global AV distributor, Midwich.

The newly rebranded PYTCHAir jet, which has been relocated to PYTCH HQ in Bristol, England, retains the luxurious interior design of a private jet but has been equipped with cutting-edge AV solutions from Midwich's vendor partners, Mersive, Samsung, Huddly and Biamp.

“I’ve always loved aeroplanes and always wanted a private jet,” says Johnny Palmer, founder of PYTCH (pictured below). “In the case of this one, Covid hit and we needed more space for our business PYTCH because we are using all our warehouses for studios. Rather than build a carbon-intensive building, we thought we could upcycle and repurpose the icon of hyperconsumption which is the airliner private jet and that is where PYTCHAir came from.” 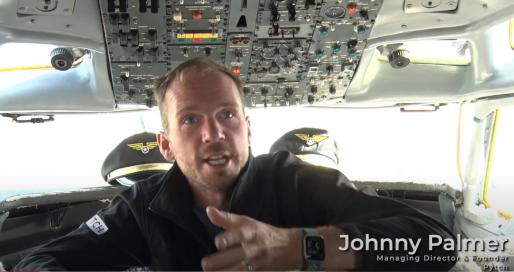 To equip the plane, Palmer turned to Midwich which has been working with PYTCH for many years. “When this project came up I wanted to share it with them and get them involved because we love engaging with our supply chain,” Palmer says.

Alex James, a collaborative technology specialist with External Sales at Midwich (pictured below), worked on the project which initially began with a requirement for a camera for a meeting space. It soon grew into a bigger project, with James identifying Midwich vendors who could provide discreet solutions that would preserve the ambience of the jet’s interior. 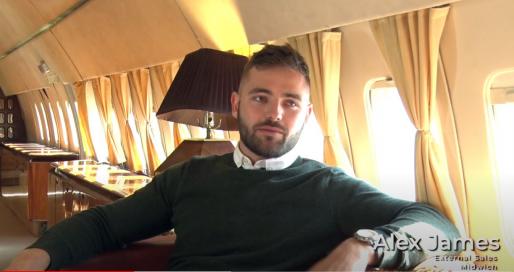 “Nine times out of ten, the vendors we work with give us solutions that look ‘wow’ and everyone wants that sort of ‘wow factor’ with their kit. This was the opposite. So when you walk through it looks like an 80s plane but we’ve got the power of a modern meeting room,” James says.

Midwich has provided a Mersive Solstice Gen3 Pod for wireless presentations, a 43″ Samsung the Frame screen which looks like a framed picture but can be used as a display, and a Huddly IQ AI-powered conference camera. The plane is also said to be “flooded” with high-end Biamp speakers and microphones from the company’s medium-sized Microsoft Teams Rooms bundle.

Nevil Bounds, vertical market manager at Biamp Systems UK (pictured below), explains: “In a project like this the key is to make everything very discreet. I think when Boeing designed the 727, back in the early 60s, no one really thought about the requirement for retrofitting audio systems like ours in it. But it has gone in a treat and has worked really well. It’s really important to have a simple-to-deploy solution and we’ve done that with beam tracking microphones and the speakers without lots of disruption to the main fabric of the aircraft.” 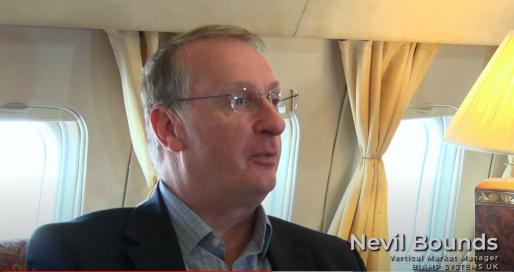 The Boeing 727 aircraft (pictured below) which now serves as a PYTCH meeting space, is similar in size to a Boeing 737, flown by Ryanair, or an Airbus A320, flown by Easjyet, but has a distinctive rear-mounted trijet engine configuration. Originally entering service with Japan Airlines as a passenger airliner in 1968, it was converted into a VIP private aircraft in the 1970s and it is estimated that the VVIP fitout would have put the cost of the plane at £50 million, adjusted for inflation. The airliner is even rumoured to have been used by Middle East royalty and for military missions during its time as a private jet. 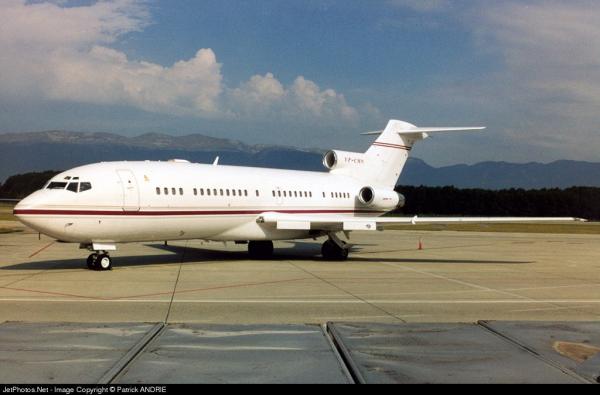 The aircraft last flew in 2012 before becoming a much-loved piece of aviation history at a local airfield and attracting the attention of PYTCH founder Johnny Palmer. Palmer found it to be majestic, with an exquisite interior, albeit with a somewhat kitsch and retro 70s feel. But an idea took root and he began a quest to secure the necessary planning consents, transportation and police escort that would bring the plane by motorway from the airfield to PYTCH.

The plane is now the centrepiece of the industrial estate where the company is located, securely attached to shipping containers which have been turned into a runway complete with landing lights, with access via a rear staircase. The airborne meeting room can be used by PYTCH staff, clients and content producers and can even be visited by the public on open days.